I wanted to review three books I’ve recently finished (or am continuing to use in one case) that relate to this year’s Come, Follow Me study of the Book of Mormon and to the focus on the Restoration ahead of April’s unprecedented General Conference. The books are:

Overall, all three books are excellent resources for anyone wanting to increase their study of these topics. Details below. 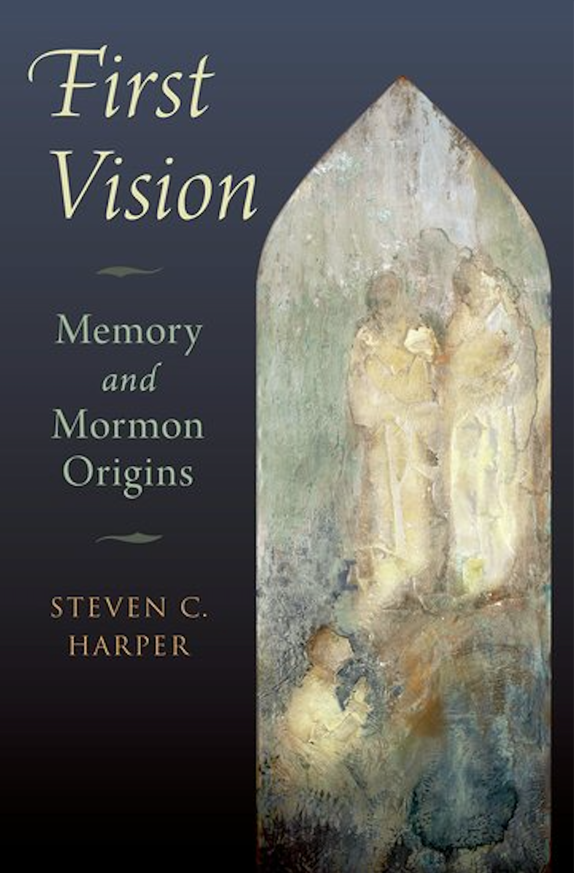 Steven C. Harper is a well-known scholar of the First Vision, having written about it before in several works, taught it many times (including at Education Week where I’ve heard him more than once), and worked on the Joseph Smith Papers project on the documents behind the Vision. This new book expands previously published examinations of the vision to do two things of great value: 1) Show the impact of memory on how the First Vision was interpreted in Joseph Smith’s lifetime; and, 2) Demonstrate how the First Vision came to play the role in Church theology, missionary work, and doctrine that it does today. As he emphasizes more than once, that the vision would end up as the foundational story of the Restoration was not at all a given in the nineteenth century or even the twentieth. But various forces, decisions, and interpretations made it so.

Harper’s documentation of the First Vision accounts, their differences and implications is minimal here, but that is not his aim (and is well documented in his previous books on the topic). Instead, his thesis is that Joseph Smith’s first sharing of the vision with the Methodist minister was so powerfully negative that it made him reluctant to share it at all for many years. Only when commanded to do so, did he attempt to write an account of it in 1832, which he clearly thought was not worth sharing. But that record captured a very personal experience, focused on his own forgiveness of sins. Over time, he began to be more comfortable sharing his experience, and the 1835 account (a record of a conversation) and other second-hand accounts of the period reflect that (which Harper helpfully increases with numerous references to comments, summaries, and notes about Joseph sharing his vision, especially in the 1830s, in Part II). With time, he began to contextualize the vision as the beginning of his own ministry and thus of the Church itself. When he finally wrote a copy he felt worth making available publicly, it was colored by his very hard life experiences in Missouri. His second public attempt to explain it moved back to more gentle language but stayed with the then developed premise that the experience was the start of the Church. Harper makes a strong case for these developments and the Prophet’s journey of interpretive memory in the first 44 pages. For me personally, I was well aware of this line of thinking from previous study and exposure but the book provides a wonderful path through it that might be new to many readers.

The rest of the book is divided into two parts: Collective Memory and Contested Memory. I found these parts the most fascinating. With a consistent eye toward memory research, Harper walks us as readers through how key members of the Church in specific times and events shaped the collective perception of the First Vision. Some of the key players in this journey include:

There is much more, including stained glass window depictions and musical and stage productions, that brought most Saints to the place where the 1838 account (in the Pearl of Great Price) was the only one known and that the vision was foundational to not only the history but the doctrine of the Church.

In the final section, Harper marvelously documents how critics of the First Vision began to use it in their efforts to discredit the Church, and how leaders and scholars within the Church stepped up to that challenge and responded. Here we encounter players like:

The story continues down to our day, including the efforts of the Joseph Smith Papers project scholars, changes to Seminary, Institute, and other curriculum, new movies, and new formed memories of the First Vision that allow room for all the accounts and nuances of individual and collective memory that will one day make all the information about the First Vision “common knowledge” (p. 261).

From my perspective, Steven Harper’s book is must-have reading for every Latter-day Saint who wants to better understand the First Vision experience from Joseph Smith’s perspective, our own day, and everything in between. 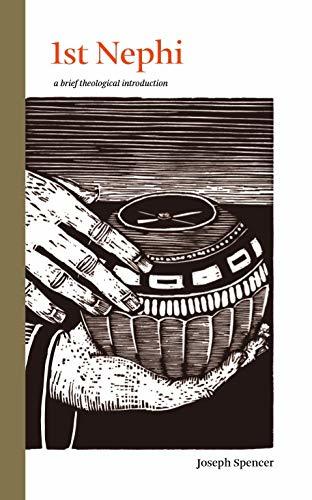 I have listened to, read, and admired the work of Joseph Spencer for several years now. This first volume in the Maxwell Institute’s series on the Book of Mormon adds to that admiration with a unique collection of insights and observations that can truly makes us consider 1 Nephi is new, challenging, and fascinating ways.

The book is neatly divided into two parts: The Theological Project and The Theological Questions. While these aren’t the only possible questions Spencer could deal with, the book likes up to its subtitle “Brief” (coming in at 124 pages of text with another 21 or so pages of notes, indices, and more) and focuses on some key issues.

The Theological Project of 1 Nephi

Spencer starts chapter 1 with the structure of 1 Nephi. Some of this content has appeared before in his other writings, but the comparison of Genesis to 1 Nephi is intriguing (which he credits to Grant Hardy). Because the structural organization informs later interpretation, this is critical groundwork, distinguishing not only between Lehi’s record (abridged by Nephi) and Nephi’s personal account, but more significantly how the two relate to each other. This is the best explanation I have seen as to why Nephi quotes Isaiah so much–he ties both his own and his father’s visions in a cross-explanatory linkage. He emphasizes the careful construction of Nephi’s record, written decades after the events described in 1 Nephi: “he’s a tidier thinker than we tend to assume,” Spencer states (p. 23).

Chapter two, The Remnant of Israel, captures the notion that Nephi’s emphasis on remnant theology is really an extension of the Abrahamic covenant, which is the basis of Lehi’s and Nephi’s dream/vision of the tree of life and so much more. Nephi uses Isaiah 48-49 to explain his own vision to his brothers: the fall of Jerusalem, the remnant saved, the role of the Gentiles in bringing the remnant back, and the invitation to liken it, which means to see God’s hand in Isaiah’s vision applying to Nephi and his people in their own remnant situation.

Chapter 3 addresses the Nephite view of the Father, Son, and Holy Ghost. Demonstrating a bit of a mixed message in 1 Nephi (and the Book of Mormon in general), Spencer explains how the real focus in on the Messiah/Redeemer/Lamb of God/Jesus Christ because it is through him that Israel receives the promises to Abraham again.

The Theological Questions of 1 Nephi

Chapter 4 covers Nephi’s killing of Laban, a concern of many. ‘Could this really be how God works?’ we wonder. While not discounting a legalistic or logical approach to answer this, Spencer drills into the story from the perspective of one word: commandments. Walking through the account, starting with Lehi’s request of his sons to get the plates, he demonstrates how often this word is used, how the experience with Laban tests Nephi’s willingness to be obedient, and more importantly helps him see what it means to keep God’s commandments in a new way–“The brass plates contain the law [commandments] that will guide Lehi’s children in the promised land” (p. 78). In short, Nephi tells the story to show how he was learning, which leads to the next chapter.

Chapter 5 ponders the relationship between Nephi and his older brothers, Laman and Lemuel. Because we read with a full knowledge of the story and the outcomes, we see every negative action by the brothers as steps toward that ultimate outcome, but Spencer invites us to see them differently. While he grants that one of Nephi’s purposes in writing the book is to establish himself as the one who should be leading his people and them as the ‘bad guys,’ a careful reading also shows that Nephi works hard but subtly to show that his brothers weren’t all that bad in 1 Nephi. They threaten but don’t really do any damage to Nephi; they repent and are forgiven often; they listen to Lehi and by and large do just what he asks; Lehi expends great efforts on their behalf. In contrast, Nephi is carefully portraying himself as young and overly zealous, learning valuable lessons along the way (such as when he prays to have the bands holding him burst and instead they are simply loosened), and having visions that portray his own descendants negatively compared to his brothers. His biggest laments are in relation to his own anger against his brothers. And in the end, the last image we have of Laman and Lemuel in 1 Nephi is Nephi teaching them while they attentively listen. This is the most valuable chapter in the book, in my opinion.

The final chapter addresses a topic that Spencer briefly tackled in the last Sperry Symposium: how the Book of Mormon portrays women. We’ve known for years that only six women are mentioned by name (and only a few more as women or girls without names). What he examines here is why, and calls out a problem with Nephite society in general that appears to be less of an issue among the Lamanites. Lest we get too caught up in presentism (apply current values to a past that didn’t have them), he reminds us that “our society has proven itself as likely as ancient Israel to reduce women to certain roles, and to make them objects or possession and oppression, and to allow male interests to usurp women’s struggles for recognition.” The Nephites may have not got this right but we haven’t either, yet. Hopefully we’ll continue to see progress.

In summary, I found this book a quick and easy read but still a thought-provoking and fascinating one. Joseph Spencer is to be commended for starting the Brief Theological Introduction series off well, and I look forward to the others coming soon. 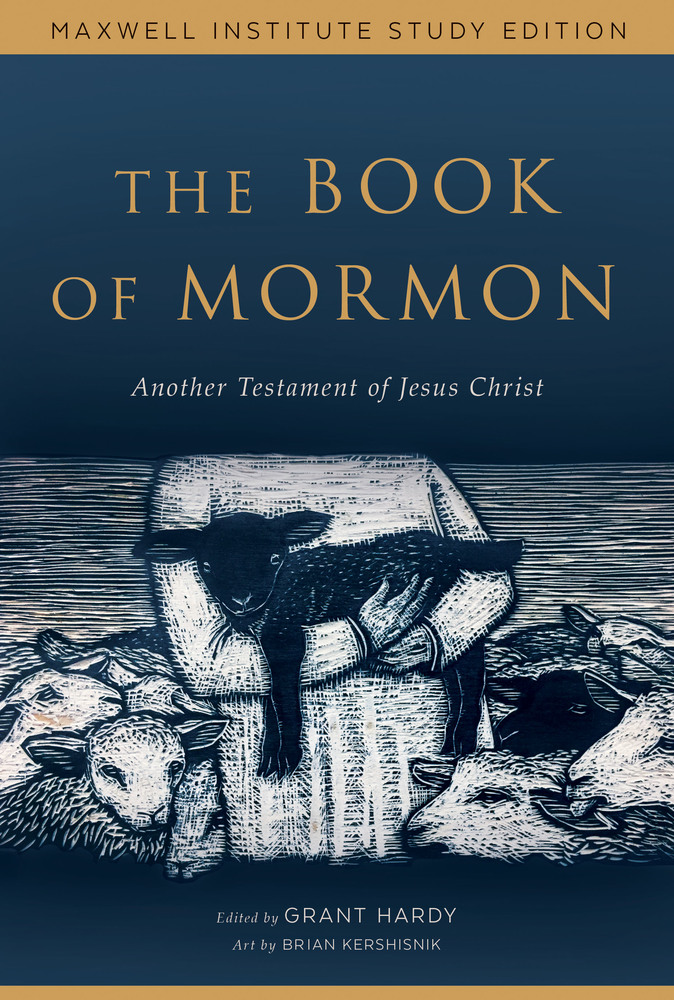 I have read the Book of Mormon twice this year already and am working through my third reading now in conjunction with the Come, Follow Me schedule. For this third reading, I have turned to the Maxwell Institute Study Edition by Grant Hardy, and am finding the experience richly rewarding.

While not as infused with sidebars, full articles, and long footnotes as some study Bibles I own, Hardy’s work on the Book of Mormon does a wonderful job to enhance study in a number of ways. It is a pleasure to read and provides significant insight in the text itself as well as in extra study materials in the front and back of the book. I would strongly recommend that anyone studying the Book of Mormon use this individually and with their families. You’ll quickly see why it’s an improved experience. It offers:

This book should find its place in every English-speaking home who wants to have a better appreciation of the Book of Mormon. I hope there will be future study editions that will expand on what Hardy has done as well, not only with the Book of Mormon but with the Doctrine and Covenants and the Pearl of Great Price.