Late last night the President of The Church of Jesus Christ of Latter-day Saints, Thomas S. Monson, passed away at age 90. In my life, I had three personal encounters with him, which I thought it would be appropriate to share tonight, to the best of my recollection.

A few years ago, I was invited to a regional priesthood leadership conference in Everett. The presiding authority was then counselor in the First President, Thomas Monson. We arrived very early (I was in the choir so came early to practice). A few minutes before the meeting, Elder Richard G. Scott entered and soon announced that the meeting would be delayed a bit waiting for President Monson. Not long after the planned start time, President Monson arrived and took his place on the stand. I don’t recall when we found out, but at some point we learned the reason for his tardiness: he was off ministering to an individual and couldn’t leave until he had done everything he could for that person. He was willing to leave a whole building full of priesthood leaders waiting for that one person. I was very impressed by that kind of commitment to caring for others. 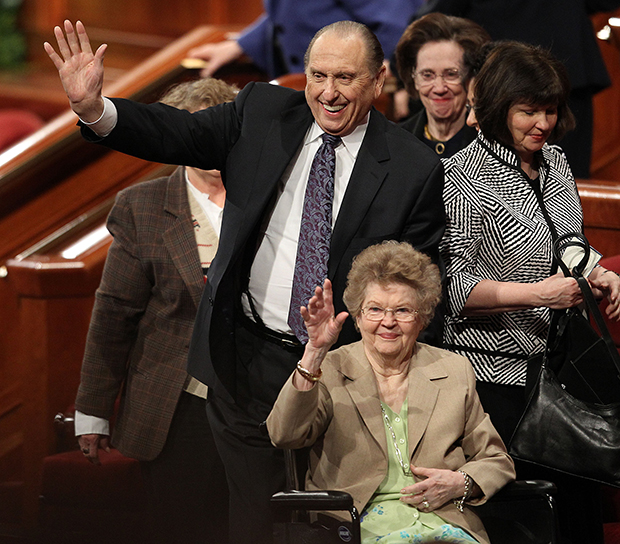 Many know that underneath Temple Square and other parts of downtown Salt Lake City there is underground parking and tunnels that let you go from building to building without going out on the streets above. My parents were serving a mission on Temple Square at the time and we had gone for a visit. Leaving their apartment to head to the visitor’s center on Temple Square, they took us through this underground area. As we walked past the door that led into the Church Administration Building, there was a car waiting. Just as we passed by, out came Thomas Monson. Seeing him, our family waved and said hello. He stopped walking and waved back to us over the top of the car, giving a friendly hello back. With a smile, he then climbed in and was driven away. I wondered how many times that kind of thing happened to him, yet he greeted us with genuine warmth, pausing in his busy day to make a difference in the lives of a little family he didn’t now. 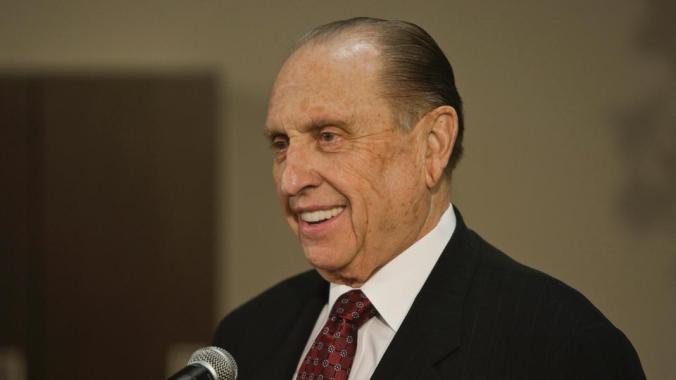 A number of years ago, I was invited to attend a Church Technology Committee meeting. It was an all-day event with various people speaking to Church leaders on different topics. It was a marvelous experience for me, being blessed to spend that day with several members of Quorum of the Twelve and the Seventy. One of the Committee members—I think he was even the chairman—was listed on the agenda, but absent, Thomas Monson. When I asked the Church IT director about that, he said that President Monson would probably come during the lunch break. He added with a smile, ‘He’ll probably tell a story or two.’

Sure enough, lunch time rolled around and in came President Monson. He grabbed a quick bite, then asked if he might say a few words. No one objected. Excusing himself for not attending all day due to other business, he nevertheless thanked the members of the committee and the visitors, such as myself, for their efforts, and expressed a desire to use technology for the accomplishment of the Church’s mission. Then he said, “It reminds me of the time I was . . .” and proceeded to do just what the IT Director had suggested, tell a couple stories. They were personal stories, reflecting the importance of caring for the one even as we discussed big technology issues. After his remarks, he left, and we continued our discussions for the remainder of the afternoon.

Lived What He Taught

These three encounters showed me that Thomas S. Monson lived what he taught. His words at General Conferences were not just things we ought to do, but how he modeled his life. We hear a lot about his care for and efforts to minister to the individual, and I saw very much how important that was to him.

As we honor his life and legacy, that’s what I will remember: “Ours is the responsibility, even the solemn duty, to reach out to all of those whose lives we have been called to touch” (Thomas S. Monson, April 1986 General Conference).